On those (very rare!) days when I don’t want porridge for breakfast, I like to get creative. Light, summery and full of goodness, this porridge alternative makes for an absolutely delicious breakfast! 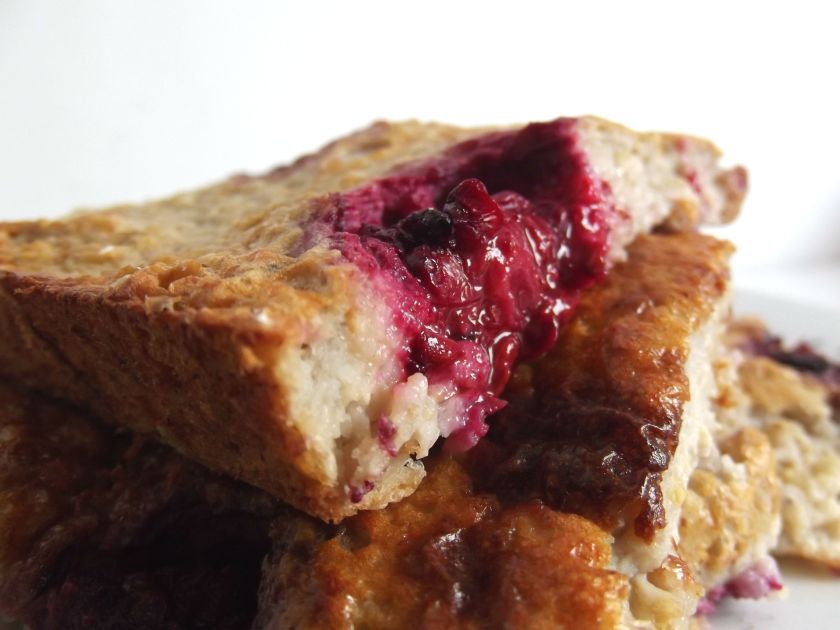 So.. even though I said that this was a porridge alternative, its basically porridge but in disguise (guilty).  Made using banana, oats, milk, egg and fruit, this breakfast is an all rounder in terms of nutrition and taste.  Inspired by a recipe I found, I decided to give this berry bake a go.

As I’ve said in a previous post, I’m still slightly suspicious of bananas, don’t ask me why, but I just can’t stand the idea of eating one raw, I mean what’s their deal, are they solid or are the liquid?! They’re just weirdly mushy and I’m not convinced.  To get round my bizarre aversion to bananas, I trick myself into eating them, by putting them into food that I just can’t resist! So even if you’re not a fan of bananas, dig in, because I assure you that you’ll love it. 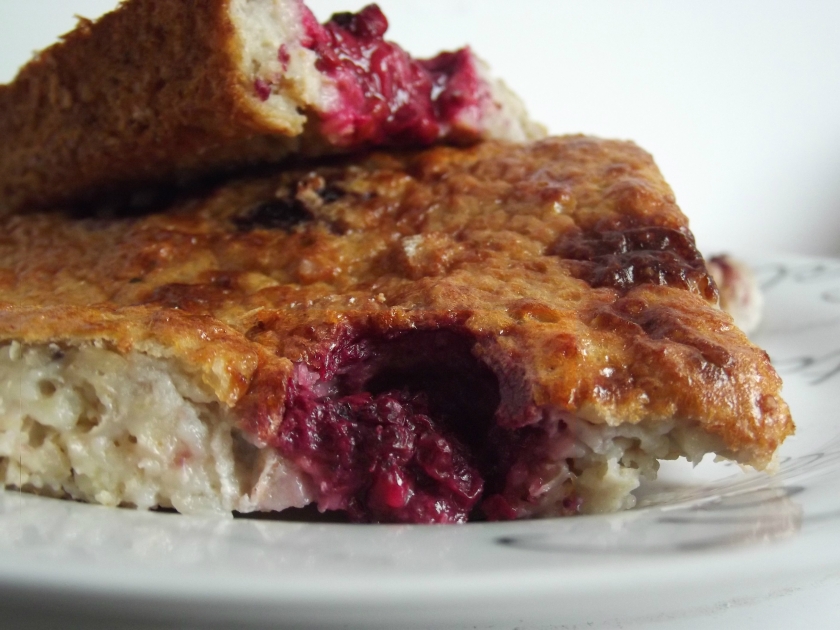 This breakfast in berry delicious (pun 100% intended, no regrets)

*This would also work absolutely beautifully with sliced apple and cinnamon instead of berries and coconut!

I hope you enjoy this delicious breakfast alternative!  1 square is roughly 160 calories, so would make a good snack, for a good sized breakfast, I like having 2 squares served with a generous dollop of greek yogurt.

The Girl Behind The Porridge Welcome to Running On Porridge! I hope you enjoy my ramblings and recipes!